Microsoft addresses 71 CVEs in its March 2022 Patch Tuesday release, including three vulnerabilities that were publicly disclosed as zero-days.

Microsoft patched 71 CVEs in the March 2022 Patch Tuesday release, with three rated as critical and 68 rated as important. 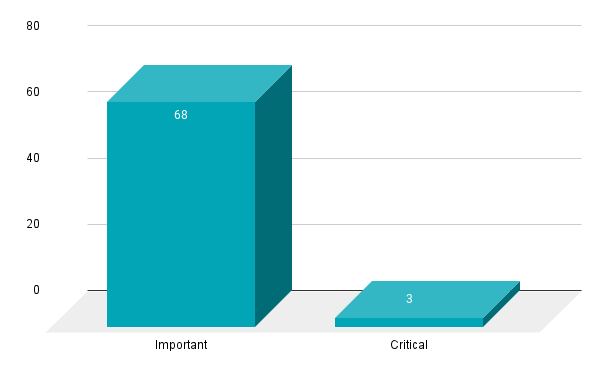 This month’s update includes patches for: 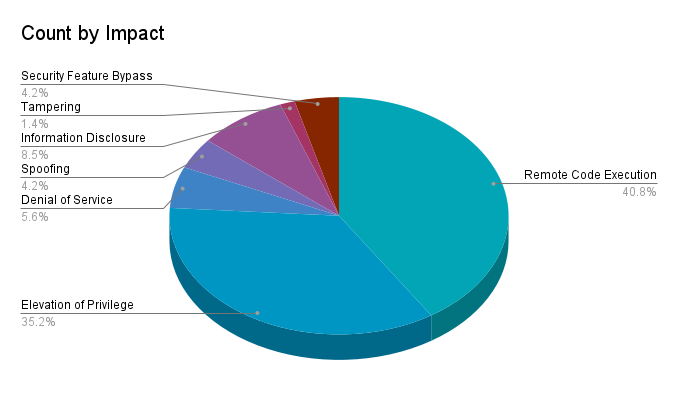 CVE-2022-23285 and CVE-2022-21990 are RCE vulnerabilities in the Remote Desktop Client. Both flaws were assigned a CVSSv3 score of 8.8 and were rated Exploitation More Likely. To exploit these vulnerabilities, an attacker would need to convince a user to connect to a malicious, attacker-controlled server. Successful exploitation would grant an attacker remote code execution on the client’s system, which they could then use to perform a variety of actions, such as installing programs, accessing, modifying or removing data from the system or creating a new account with full privileges.Microsoft notes that CVE-2022-21990 was publicly disclosed prior to a patch being made available.

CVE-2022-24508 is a RCE vulnerability in the Microsoft Server Message Block 3.0 (SMBv3) Client and Server. Microsoft notes that this vulnerability was introduced in Windows 10 version 2004 so only newer supported versions of Windows are affected. While an attacker must be authenticated to exploit this vulnerability, Microsoft strongly recommends patching or applying the suggested workarounds as soon as possible.

In addition, Microsoft notes that exploitation is more likely for this vulnerability and has provided some recommended actions for protecting networks as well as a workaround that can be utilized for organizations that are not able to immediately patch.

The vulnerability is reminiscent of flaws in SMBv1 patched in MS17-010 in March of 2017. Mass exploitation of that vulnerability was observed in the wild by the WannaCry ransomware, which remains one of the most destructive malware events to date. It remains unclear if CVE-2022-24508 will see exploitation, however patching should be prioritized for all organizations with affected systems.

CVE-2022-24459 is a privilege escalation vulnerability affecting the Windows Fax and Scan service. The vulnerability carries a CVSSv3 score of 7.8 and can be exploited by a local, authenticated attacker. While the severity and requirements for exploitation would typically be less concerning, this vulnerability was publicly disclosed. Given that attackers continue to capitalize on known and proven exploitable vulnerabilities, it’s possible that this flaw could make its way into attackers' toolkits in the future. Privilege escalation is a common tactic used after an initial compromise or entry to a network by threat actors.

CVE-2022-24512 is a RCE vulnerability affecting Microsoft.NET and Visual Studio which has been publicly disclosed. According to Microsoft, exploitation of this vulnerability requires user interaction to trigger a payload in an affected application. An attacker would likely use social engineering tactics like phishing to influence the necessary user interaction. In addition, the advisory indicates that an attacker would need to combine this with other vulnerabilities in order to successfully exploit a system and that the ability to exploit this vulnerability by itself is limited.

Users can create scans that focus specifically on our Patch Tuesday plugins. From a new advanced scan, in the plugins tab, set an advanced filter for Plugin Name contains March 2022.

With that filter set, click the plugin families to the left and enable each plugin that appears on the right side. Note: If your families on the left say Enabled, then all the plugins in that family are set. Disable the whole family before selecting the individual plugins for this scan. Here’s an example from Tenable.io: 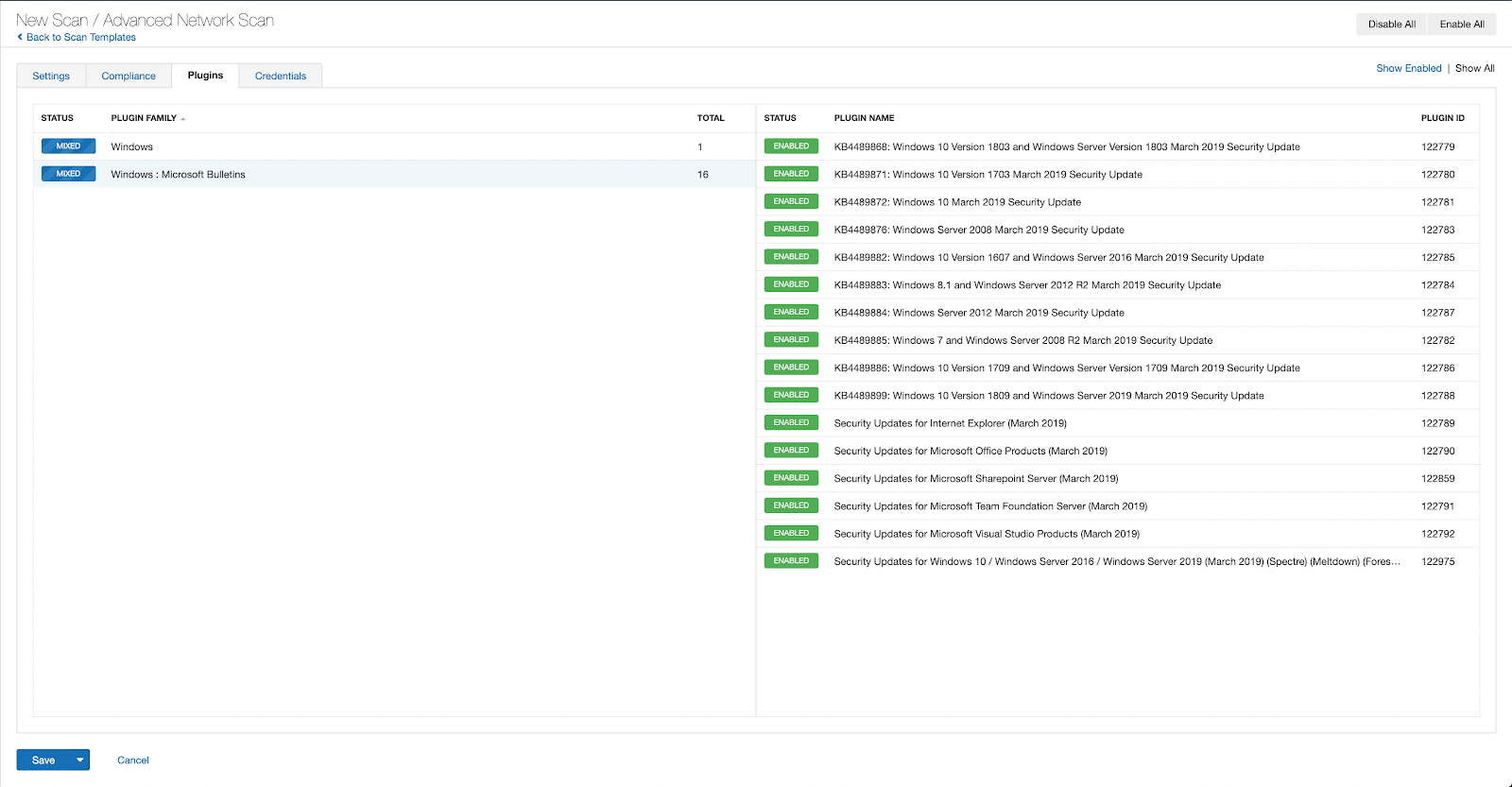 A list of all the plugins released for Tenable’s March 2022 Patch Tuesday update can be found here. As always, we recommend patching systems as soon as possible and regularly scanning your environment to identify those systems yet to be patched.

Since March 10, Tenable Research has attempted to work with Microsoft to address two serious flaws in the underlying infrastructure of Azure Synapse Analytics.